“Ukraine needs its own Mossad so that no war criminal who has committed atrocities against civilians in Ukraine has a chance to evade criminal responsibility!” — Such a message has become a commonplace in Ukrainian infospace. However, the activities of the Israeli special services were not limited to the search for Nazi war criminals; some special operations were literally of cosmic scale.

Israel’s Mossad is known as one of the world’s most effective intelligence services. Since its founding in 1949, it has been the most mysterious and clandestine service on the planet. Until the 2000s, even the name of its leader was not disclosed. Officially, Mossad is a civilian structure headquartered in Tel Aviv. This intelligence service is not subordinated to any of the Israeli state institutions, and its activities are not regulated by the country’s basic laws. For that reason, Mossad is called a “state within a state.”

On July 21, 1962, Egypt struck the world with the launch of four missiles with a range of 280 and 560 km. During the Revolution Day celebration on July 23, giant rockets wrapped in Egyptian flags proudly paraded along the streets of Cairo. President Gamal Abdel Nasser boasted to the bewildered crowd of these wonderful arms able to hit any target “south of Beirut”.

Such information could not but alert Israeli leaders. Nasser missiles were indeed able to reach anywhere in their country. A month later, the head of Mossad reported to Prime Minister Ben-Gurion that Egyptian missiles were being designed by German scientists.

In 1959, Nasser decided to establish a secret arsenal of unconventional weapons. To do this, the Bureau for Special Military Programs was created, a huge budget allocated, and the search for those able to embody weapons in metal commenced. Egyptian agents have begun recruiting hundreds of German experts and scientists who have previously worked at missile plants and ranges in Nazi Germany. Hundreds of Germans, seduced by high salaries, came to Egypt secretly, one by one, to help Nasser build a secret production center hidden in the most secluded nook of the desert — the Factory 333. There, former Hitler engineers built medium-range missiles for Nasser.

That German rocket engineering squad in Egypt was headed by Professor Eugen Zenger, director of the Jet Propulsion Institute in Stuttgart. After the World War II, the scientist spent several years in France, where he built Véronique — a poor copy of the German missile V-2. However, in late 1961, German authorities learned of secret connections between the Egyptian project and the Stuttgart Institute. Zenger was forced to resign and sit quietly in Germany. He was replaced by Professor Pilz as the head of the Egyptian project.

According to Mossad, Egypt was preparing an operation to destroy Israel and planned to build 900 missiles loaded with nuclear explosives. The Israeli special service decided to act.

One morning, Pilz’s secretary saw a package in the mail, sent by a well-known Hamburg lawyer. The woman opened the package, and the office was shaken by a deafening explosion. The severely wounded secretary was taken away by ambulance.

The next day, a box with the inscription “books” was delivered to Factory 333. Five people went reading to hell forever. Explosive mail arrived in the following days as well. German scientists were threatened by telephone and their lives were attempted not only in Egypt but also in Europe.

The next step of Mossad was pressure through the media. A storm broke out in the Israeli press. Newspapers came out with headlines, saying that Germany in 1963 was no different from Germany in 1933, and that the Germans were helping Egypt prepare another Holocaust.

Not wanting to conflict with Israel, Germany has devised a plan to repatriate scientists and managed to seduce many of them with work offers in research institutions in their own country. So the Germans did not complete the Egyptian missile program.

Since the first years of space exploration, scientists have been looking for alternatives to rockets to launch satellites into orbit. One option was HARP (High Altitude Research Project), a joint US-Canadian project to send satellites to low orbit with cannon. It started in 1961 and was headed by Dr. Gerald Bull.

At the test site on the Caribbean island of Barbados they tested the gun longest ever built (36 m long and 424 mm caliber). It successfully passed the fire test, sending heavy shells to a record height. The scientist claimed that, being loaded with solid-fuel missiles instead of shells, the gun would be able to fire two-hundred-pound missiles at a distance of 4,000 km or at a height of 250 kilometers.

The Bull’s gun was a great achievement, but the American and Canadian governments decided to stop funding the project for various reasons. In 1968 Bull was forced to leave Barbados. He was insulted to death. He started selling his guns to countries at war, despite UN sanctions. But most of all he wanted to continue working on space cannons. Like Goethe’s Faust, he was willing to sell his soul to the devil for the opportunity to carry this work on. And finally he found such a devil — the Iraqi dictator Saddam Hussein.

In the 1980s, Iraq waged a brutal war with Iran. Bull sold to the Iraqis two hundred of his guns, produced at his own factory in Austria.

Saddam Hussein was jealous of the fact that Israel was close to launching spacecraft. Bull suggested the dictator to build the largest and longest gun in the world. The scientist promised that using this gun the Iraqi leader will be able to kill two birds with one stone: to launch satellites into space and to hit the densely populated areas of Israel. The project was named “Babylon”.

Bull decided to set up his giant cannon on a bare hill. After choosing the location, he ordered parts of the mechanism from various steel plants in Europe, disguising the project as the construction of the pipeline. His private army of designers and engineers began assembling the elements of the gun so that it was aimed to the West, in the direction of Israel.

According to Bull’s son, Israeli agents warned his father that he’d better stop his dangerous activities. Uninvited “guests” repeatedly visited his apartment — they did not take anything, but left a complete mess. Bull ignored all warnings.

On March 22, 1990, Bull returned to his Brussels apartment. A man came out of the dark corridor and enriched the contents of the scientist’s bright head with five bullets. The father of the largest cannon died on the spot.

The world press was quizzing about the killer’s origin. Bull had many enemies indeed. However, most observers agreed it must had been the Mossad. Belgian police launched an investigation, but failed to identify the killer.

After the assassination of the project manager, the development of the large cannon stopped. None of his assistants was able to continue the work — the whole concept and design of the gun lost buried in Bull’s head. His death was the death of “Babylon”.

You can learn more about the activities of the Israeli special service from the book Mossad: The Greatest Missions of the Israeli Secret Service by Michael Bar-Zohar and Nissim Mishal, which was translated into Ukrainian by the publishing house «Наш Формат» (“Our Format”). 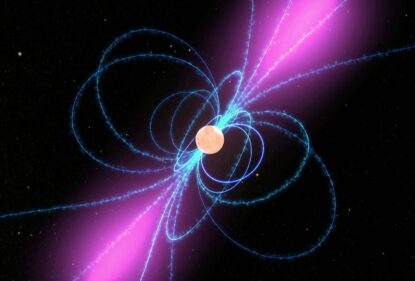 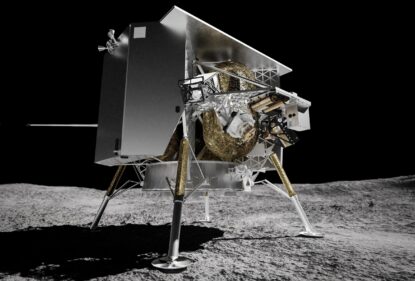 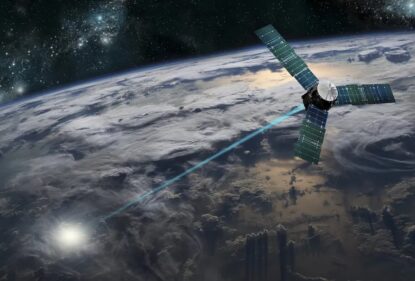