The famous American film director George Lucas started the press conference dedicated to the release of the first part of his film saga Star Wars with the statement: “I know that sound does not spread in outer space. Now please ask your questions.” Of course, he was well aware of this, but grandiose space battle scenes in absolute silence would not produce the desired emotional impact on the audience.

Due to hearing, a person with a full range of sensations receives approximately 15% of information from the surrounding space. The “audio channel” provides us with communication. Sounds are responsible for the emergence of many emotions. But so it happened that our organs of hearing are evolutionarily adapted to the conditions of our native planet — that is, the nitrogen-oxygen atmosphere, which has a pressure of almost 760 mm of mercury (approximately 100,000 pascals). In this environment we are not only able to perceive sound vibrations in the range from 16 Hz to 20 kHz, but also to perform their “spectral analysis”: to distinguish high pitches from low ones, to recognize individual important signals against the background of noise, etc.

A sound wave is a zone of increased density in an elastic medium (gas, liquid or solid) moving at the speed of sound. We perceive a single wave as a blow, splash or explosion. A series of waves of similar length is perceived as a musical harmonic. Their disorganization creates noise. Under certain conditions, so-called standing waves may occur, but they can only be registered with instruments.

We now know that outer space is not an absolute void: it is filled with interplanetary matter and interstellar gas, where sound waves are constantly generated due to the explosions of stars, collisions of galaxies and other universal events. Of course, the human ear can hear them only after appropriate “instrumental processing”. In fact, the density of matter outside the Earth’s atmosphere (and even in its upper layers) is so low that even a significant change in its density will not be able to “shake” our eardrums. But some celestial bodies, which have a dense enough gas shell, are able to offer us a fairly wide range of various sounds.

Surprisingly, the closest “acoustic counterpart” of Earth is the surface of Titan, the largest satellite of the planet Saturn. Its atmosphere has only one and a half times more pressure than ours and is 98% nitrogen (78% in the Earth’s atmosphere). The most significant difference is that the temperature there does not rise above -180°C, so it is necessary to get this “air” into the lungs very carefully so as not to freeze them. But after taking a breath, a person on Titan will be able to speak normally and will hear about the same sounds as on Earth, except that due to the greater density of gases, the overall pitch of sounds will be slightly lower. The main thing is not to forget to take the next breath with “normal” oxygen-containing air so that the oxygen level in the blood does not fall below the critical level.

Gas shells having nitrogen as their main component are not among the most widespread, because this chemical element is found quite rarely in the universe. There are much more carbon compounds in interstellar space. In our everyday life, we constantly encounter one of them — carbon dioxide (CO2). It is one of the main products of human life and, in general, of all organisms with oxygen respiration. Almost 97% of the atmosphere of the nearest planet, Venus, is made up of it. However, the temperature on its surface reaches 470°C, and a person cannot survive there even in a space suit. The pressure of the Venusian atmosphere is 92 times greater than on Earth at sea level, and in some ways it resembles a liquid: for example, it transmits high-frequency oscillations better, and low-frequency ones quickly fade away in it.

In general, the structure of CO2 molecules is such that they “slow down” sound waves very effectively. Well, after removing the helmet of the spacesuit on Mars (this can be done for a few seconds, having previously tightly closed the mouth and pinched the nose), we will hear practically nothing. This is because the Martian atmosphere is mainly composed of carbon dioxide, but the pressure near the surface there is about 150 times lower than on Earth, and it also varies markedly depending on the season, and the range of temperature fluctuations on the Red Planet is generally the largest in the Solar System (apart of non-atmosphere bodies, of course).

The loudspeakers turned on at full power at a distance of 10 m will be barely heard. If a person tries to say something after inhaling pre-compressed carbon dioxide, his or her voice will sound about half an octave lower than usual — due to the greater molecular weight of this gas compared to the components of Earth’s air. But, as they say, “don’t try to replicate this in real life” — in reality, someone inhaling concentrated CO2 would immediately pass out and require medical care.

The most common chemical elements in the universe are hydrogen and helium; they compose the gas shells of giant planets, and not only “ours”, but also in other star systems. However, at those altitudes, where the pressure is approximately the same as on Earth, it is very cold, and a person can inhale such a gas mixture only after the preheating. But the effect of this will be the same as after inhaling pure helium: our vocal cords will make funny high-pitched sounds, familiar to us from many comedies (and ever mind: from time to time it will be necessary to “ventilate” the lungs with oxygen or ordinary air). By the way, sound waves in such an atmosphere “spread” very far and fast. On Jupiter, and especially on Neptune with its fastest winds in the Solar System, we would constantly hear a loud noise “echoing” with all the complex atmospheric processes on these celestial bodies.

As for the planets of other stars, you can come up with a huge range of possible atmospheric components for them, sometimes quite exotic (methane CH4, carbon monoxide CO, sulfur gas SO2 or inert gas argon), and one of them is worth dwelling on in more detail, because we constantly encounter it in our everyday life.

This is water vapor: ordinary water in a gaseous state. We are used to imagining it in the form of “clouds” or fog, which effectively “absorbs” sounds, but in reality it is just an accumulation of small water droplets or even ice crystals. As for steam in its pure form, it is absolutely transparent and transmits sound vibrations quite well. However, we will not be able to inhale it: it will immediately begin to condense in the lungs, threatening our life. Meanwhile, according to astronomers, many exoplanets may have just such “steam” atmospheres, and moreover, they provide the best conditions for the emergence and further evolution of life. 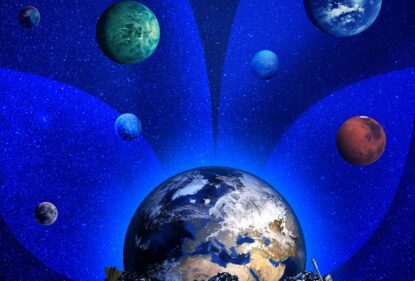 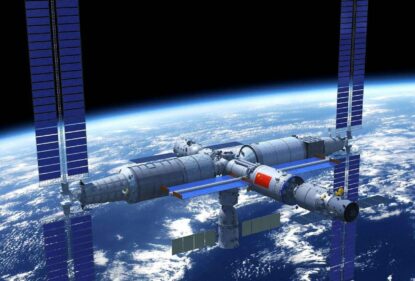 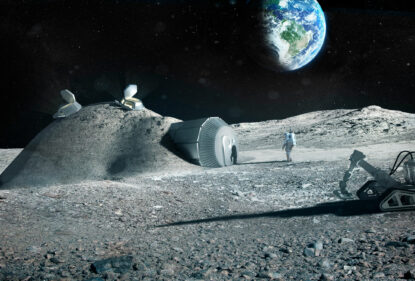