Imagine your ordinary weekday morning. We wake up, go to the toilet, wash, brush our teeth, have breakfast, get dressed and go to work. Now imagine that you are in an orbital station, in a closed space, where, except of you, five other people live and work. There is no running water, you cannot open the tap and rinse your face. After brushing your teeth, you will not spit into the sink — because in weightlessness toothpaste and saliva will simply fly away and around. What to say about visiting the bathroom! So how do astronauts perform all these hygienic procedures in orbit?

The toilet is as vital a part of the ISS as air purification and water treatment systems. If for some reason all the bathrooms at the station fail and cannot be repaired, it will significantly complicate the life of the crew and may lead to its premature return to Earth. If such a nuisance occurs during a long expedition (such as a mission to Mars), it could even lead to the death of astronauts.

It is worth noting that the space bathroom has undergone a great evolution. Yes, the early American Mercury ships did not have a toilet at all. Since the duration of the first suborbital missions should not exceed 15 minutes, the designers believed that this would not be a problem. They were wrong. Already in the first flight, due to a long delay, the American astronaut Alan Shepard had to “pee” into his suit, which later became the subject of numerous jokes and gossip.

Fortunately, these times are long gone. There are currently two bathrooms on the ISS. One is located in the Zvezda module, the other — in the Tranquility module. If necessary, the station crew can also use the toilet in the domestic compartment of the Soyuz spacecraft.

What is a modern space toilet? It works on the principle of a vacuum cleaner. A tube with different nozzles is used. One is for men, the other — for women. To use it, you need to open the lid and activate the air pump, which will absorb liquid waste. The collection of solid waste is carried out on the same principle. The difference is that when performing this procedure, the astronaut must fasten special fasteners to the bathroom seat.

Solid waste is collected and further transported along with the garbage to transport ships, which are then sank in the non-navigable area of ​​the Pacific Ocean. As for urine, it is processed in the ISS regeneration system into water, which can then be used in the technical circuit of the station and for drinking.

The procedure of brushing teeth in space is not fundamentally different from that on Earth. Astronauts use water, ordinary toothbrushes and toothpaste. The main difference between brushing your teeth on Earth and in orbit is that at a space station, for obvious reasons, you can’t just spit toothpaste into a sink. Therefore, after brushing their teeth, astronauts either simply swallow it (toothpaste used on the ISS is edible), or gently spit it into a paper napkin, which is then disposed of with other garbage.

It is possible that when humanity colonizes the solar system in the future, engineers will develop washing machines that can work effectively in weightlessness. However, currently washing in space remains a luxury inaccessible to the inhabitants of orbital stations. Therefore, astronauts wear the same things for a long time. For example, they may not change socks for a week, not change a shirt for a month… This may not seem very hygienic, but because the ISS’s living quarters maintain a controlled environment with constant humidity and temperature, things get dirty there more slowly than on Earth.

When clothes get too dirty, they are packed in a transport ship along with other garbage. Then the “space truck” departs from the station and burns in the atmosphere.

To date, the only known attempt to wash in space was made by astronaut Kenneth Bowersox. During an expedition to the ISS in 2003, he did not want to dispose of his favorite shorts and tried to clean them using a plastic bag and soap. Bowersox claimed that space washing was a success. But so far this case remains an exception to the general rule.

Another common hygienic procedure for us, — which for obvious reasons is extremely difficult to perform in orbit, — taking a shower. It is clear that during the first space missions, the maximum duration of which did not exceed a few weeks, the absence of a shower was not considered a significant problem. But after the advent of long-term orbital missions, engineers began to think about providing spacefarers with the opportunity to wash.

The shower was first installed at the American station Skylab, launched in 1973. It was a sealed cabin made of polyethylene. Water was sprayed inside from a 2.7-liter tank. After wetting the body, the astronaut soaped with liquid soap, rinsed and then removed the water by vacuum suction. According to the participants of the expeditions to Skylab, due to excessive evaporation of water droplets (one of the reasons why atmospheric pressure inside the station was reduced) it quickly became very cold in the shower. In addition, except for completely drying the cabin, the staff had to make a lot of effort and spend a lot of towels. On average, it took one hour. Interestingly, the opinions of Skylab crews about the space shower were divided. Some astronauts called the procedure refreshing and were glad that they were given such an opportunity, while others thought that the space shower was not worth the time and effort.

As for the USSR, showers were installed at the Salyut-7 and Mir orbital stations. The sealable cylinder-shaped cabins were made of thick plastic. Before going to the shower, the astronaut put goggles on and took a special tube in his mouth, which supplied air from the outside. Very fine water dust was sprayed from above, which was then sucked in by a powerful vacuum cleaner, because due to the lack of gravity, the water did not flow down, but was simply sprinkled on the person.

All in all, the showers did not take root in orbit. The reason for this was the overall complexity of the operation and the fears of engineers about excessive water consumption. Therefore, there is no shower on the ISS. To wash, the station crew uses special gels and wet towels or sanitary napkins. Alternatively the astronauts apply little water to the body (it will stay on the skin due to surface tension), then add soap and rub the resulting mixture. This method is more pleasant because it gives a feeling of freshness, but it requires a lot of time, so it is not always possible.

As for washing the head, first the hair is moisturized, then a special dry shampoo that does not require rinsing with water is applied, and then the head is dried with a towel. After completing hygienic procedures, astronauts leave wet towels near the ventilation grille. The water evaporates and the ISS air conditioning system condenses it in the water recuperator for reuse.

Nail trimming is also not the easiest procedure in weightlessness. Of course, the crew does not want the nail fragments to fly around the station. Therefore, the procedure is done with manicure nippers close to the vents. The cut pieces are pulled into the hood. After the process, the astronauts vacuum the ventilation grille, getting rid of debris.

A hairclipper attached to a vacuum cleaner is used to cut the hair. Spacefarers can either cut their hair by themselves or ask their colleagues to do so. But keep in mind that the art of hairdressing is not part of the basic skills of astronauts. Therefore, ISS residents are better off not relying on model haircuts. So, astronaut Samantha Cristoforetti, before going into space, specially brought her colleague Terry Wirts to the hairdresser’s, so that the master could show him how to do her haircut. In the middle of the mission, Wirts tried to put his skills into practice, but did not do very good.

The nozzle with a tube for drawing of the cut hair in the vacuum cleaner is also indispensable while shaving with electric shaver. This method is preferred by most astronauts. An ordinary razor can also be used. In this case, they apply a special gel on the face. After shaving the bristles off, wipe the machine and face with napkins.

When NASA was preparing to send the first American female astronaut Sally Reid into space in 1983, some doctors expressed fears that menstruation in weightlessness could be dangerous for a woman. They said, the blood would go the other way and through the fallopian tubes would enter the abdominal cavity, which would lead to peritonitis. In addition, men, who made up the vast majority of NASA employees, had their own general prejudices and ignorance in this “issue”. In Sally Reid’s memoirs you can read the description of an anecdotal case when engineers asked her if a hundred of tampons for a week’s flight would be enough for her.

We now know that all these fears have been completely unfounded. NASA and ESA do not currently have any mandatory rules to follow during monthly period. This is a personal choice of each astronaut.

First, a woman can follow a natural cycle. In this case, the ISS always has a supply of personal hygiene products. Another option is to interrupt menstruation during the flight. Combined oral contraceptives are used for this purpose. They should be taken for 21 days with a week off to bring down the menstrual cycle. It is known that most NASA astronauts use this method. It is also possible to install a hormonal IUD, which allows you to achieve the same effect.

The issue of monthly period can be quite important during long flights outside low Earth orbits. It is estimated that during the three-year Martian mission, a woman will need almost 1,100 contraceptive pills, and in space, every extra gram of cargo is a huge expense. Such flights may require the use of IUDs, subcutaneous implants, or hormone injections. 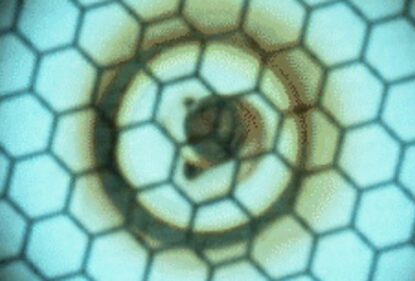 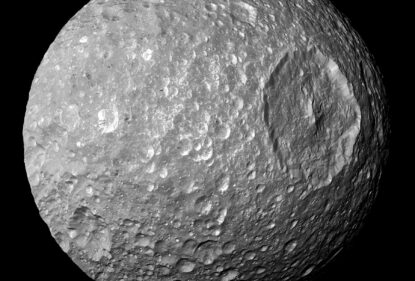 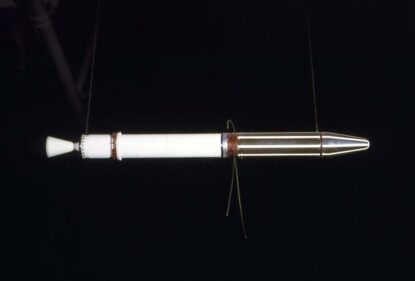