The process of increasing the population of the Earth goes hand in hand with urbanization. As a result, cities are growing in both size and population, which inevitably necessitates efficient and convenient public transport. What solutions do modern space technologies offer for this?

When public transport took to the rails in the second half of the 19th century, there was a need to streamline its movement to avoid collisions and optimize the transfer system. The first tool for this was (and remained for a long time) an ordinary watch. Drivers of trams and subway trains strictly adhered to schedules, and in case of accidents reported this to dispatchers by phone or through appropriate services. Later, this technology spread to railless transport — buses and trolleybuses. Since then, traffic schedules have been introduced in most European cities. But the growth of the urban population, the number of vehicles and the length of the routes forced this system to constantly improve.

In the 1930s, public transport in American cities began to introduce an alarm system that allowed police to be called directly from a bus (or a subway car) in case of illegal actions. Signals from transmitters were received by sensors installed on the street along the route. They determined the exact location of the vehicle where the violation took place and directed the police to the right place. Improvements in radio communication have made such sensors multifunctional: they now report whether the bus’s engine is running, how much fuel is left in its tank, and so on. This so-called “active” tracking system is still widely used, for example, in the subway. But the rapid development of land transport required other solutions. And here space technologies come in handy.

In 1993, the American GPS NAVSTAR system was launched at full capacity, allowing users to use their small equipment to establish their location with an accuracy of several dozens of meters. Soon this accuracy increased, and the cost of relevant equipment and its weight, on the contrary, decreased. Therefore, at the end of the last century, attempts were made to adapt this system to control the movement not only of ships and aircraft (for which it was originally developed), but also of other vehicles.

Despite the apparent simplicity of this idea, there were many obstacles to its implementation, and one of them was the reluctance of developed countries to implement progressive methods, as the usual old ones already worked well; and less developed countries often lacked the funds to implement something new. Finally, GPS-tracking of public transport first started working on a permanent basis in 2006 in Chicago. Since then, it has become a mandatory part of the transportation systems of many cities around the world.

Such tracking systems belong to the category of “passive”. Their main advantage is the absence of “intermediate” equipment installed along the route. The sensor on the vehicle now determines its coordinates and sends it, along with other information, to the control room in a form, downloadable to a computer.

Passengers of those countries where schedules at stops have not become a part of everyday life have benefited from the introduction of satellite tracking. Now there are signs that show the time before the arrival of the nearest bus, trolleybus or tram of the desired route. This time is calculated using GPS data and information about the current traffic situation.

Where is a traffic jam?

Almost every smartphone owner has the Google Maps application installed, which allows you to monitor traffic jams. The possibility of receiving such information came with the spread of mobile communication. The cell phone constantly sends a signal to the base station. This makes it possible to determine its location. When such phones are registered on a certain section of the road significantly more than usual — this becomes a reason to talk about traffic problems and make the appropriate mark on the map.

And now imagine a situation where large trucks piled up on the road. The driver of each of them has a cell phone, but their “concentration” will be less than that required by a computer program to detect a traffic jam, which, of course, exists. What to do in this case? The solution was found by the staff of the Department of Earth Observations from Space of the German Aerospace Center DLR. They used synthetic satellite radar SAR with synthetic aperture for measuring the position and speed of many road users. They were able to spot traffic jams and identify the places where they are most likely to form. It is true that until recently such technology was relatively expensive, but its rapid development gives reason to hope that it will soon be available to many users.

Modern cities are developing quite rapidly, and the high mobility of the population and changes in its well-being directly affect the number of vehicles. This requires proper design of road infrastructure. With a detailed picture of the “bottlenecks” obtained through space photography, city services will identify areas where it is necessary to construct new overpasses, as well as better lay the routes of public transport, which will make it faster and more reliable. And if the information from the orbit is now only a supplement to the results of ground-based monitoring, then in the future its weight will continue to grow.

Radar tracking of traffic flows will help, for example, in the construction of long-distance highways and road junctions. But over time, it is likely to compete with simpler and cheaper technology: there will be enough unmanned vehicles on roads to report their own condition and the situation on the roads. This information is likely to be delivered to the control room (or central computer) via satellite and the latest developments in wireless Internet, which are currently being actively implemented, for example, by SpaseX with its Starlink system.

The easiest way to determine the “high concentration” of vehicles is to simply compare photos from orbit taken during rush hour and at other times. Such technologies are being developed in many research centers and educational institutions. One of the first in this field was the NOVA University of Lisbon, whose staff in 2003 presented the results of their observations and suggested different ways to use them for urban planning and improving transport systems. Thanks to the efforts of scientists, the Portuguese capital has become one of the cleanest and most convenient cities in the world, which has revived tourism and increased revenues to the state budget.

In the Ukrainian reality, methods of assessing the condition and quality of the road surface using orbit images are more relevant, both on roads already put into operation and those that are just under construction (to assess the volume and quality of work performed). This will optimize the allocation of funds for the repair and reconstruction of roads, as well as make the necessary changes to the transport network related to the construction of new facilities, the creation of national parks, mining and the assessment of consequences of natural disasters. Special work needs to be done to improve the energy infrastructure — power lines and heating mains, many of which do not meet modern requirements.

Returning to the problems of urban planning, we can mention other methods of space monitoring of transport flows, which are currently being actively developed. Nowadays, the main “driving force” of cars and non-rail vehicles in general is still the internal combustion engine, the operation of which is easily monitored by exhaust emissions and intense thermal radiation. According to the same parameters recorded from the orbit (more precisely, monitoring excess of their values relative to the average level for a given area), you can determine the places of frequent traffic jams and difficult sections of roads. In the future, this will solve not only transport but also environmental problems of urban areas. Moreover, access to relevant information should be given to employees of state structures and local governments, as well as members of the public. Since 2013, a similar system has been operating in several dozen cities in Switzerland, the European Union, as well as Israel and Turkey.

The development of information technology inevitably leads to the fact that soon all municipal equipment — garbage trucks, public transport, emergency vehicles — will also be equipped with GPS sensors that will transmit information about its location and status. This will allow better routes, avoid misuse and excessive fuel consumption (or — in the more distant future — overuse of electricity). And when the time comes for “unmanned” vehicles with elements of artificial intelligence and remote control, communication with it will be maintained again via satellite Internet.

Over the past half century, humanity has become much more mobile, and this trend will continue. If we talk about long-distance passenger transport means, we must admit that most of them are aviation. But for long-distance and suburban communication, land vehicles — cars, buses and trains — will be used for a long time. They will continue to be improved to make travel within cities faster and more comfortable. And it is easy to see that space technology provides a wide range of opportunities for this. 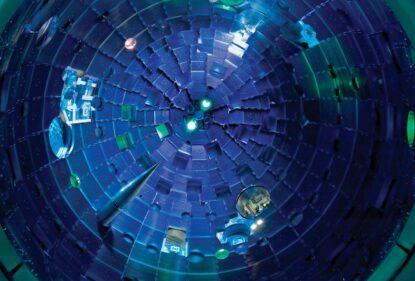 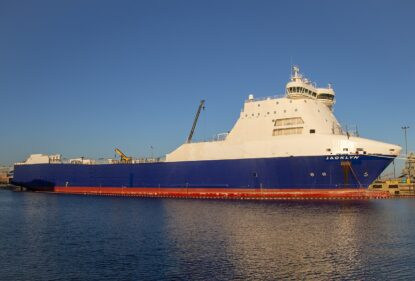 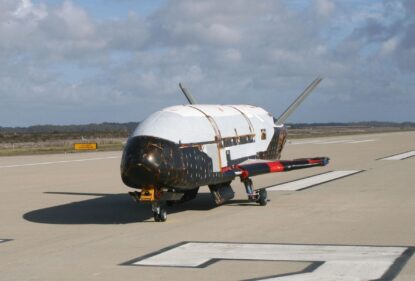