Are there many similarities between Antarctic deserts and the boundlessness of space? At least, Ukrainians were among the explorers of both.This year, humanity celebrates 200 years since the discovery of Antarctica, and at the same time seriously talking about space tourism and expeditions to Mars. We decided to find out how much Ukraine is involved in the exploration of the coldest continent and middle space today, as well as how the professions of a polar explorer and an astronaut differ (spoiler – you will be surprised how similar they are sometimes)

Background and our glorious countrymen

Ukrainians in Antarctica have been remembered mainly since 1996, when the transfer of the British Faraday station to Ukraine took place for a nominal fee of one pound. The station received a new name — “Vernadsky Research Base”. And our state passed another contender on such a gift — South Korea. The victory was helped by the fact that back in 1993 Ukraine created the Antarctic Center without a station and had its own scientific research fleet. But the history is much older.

This year marks the 200th anniversary of the discovery of the sixth continent — Antarctica. In 1819-1820, three expeditions, British, American and from the Russian Empire, simultaneously approached the shores of the land, the existence of which was previously only guessed. The latter was commanded by the Estonian German, Bellingshausen, and the Deputy Captain was probably Ivan Zavadovskyi from Gadiach, Poltava governorate. However, the role of Ukrainians in Antarctic research is not limited by this.

Anton Omelchenko from Poltava region was in the team of Briton Robert Scott, who competed with the Norwegian expedition of Roald Amundsen for the championship in the discovery of the South Pole. As is well known, part of Scott’s team died on the way back. Among those who stayed at the base and survived, was the same Anton Omelchenko. Upon his return, he received a medal from the British crown and even a special pension.

One of his grandchildren, Viktor, since 2001 worked at the Ukrainian Antarctic Research Center and wintered three times at the station “Vernadsky Research Base”. And Omelchenko’s great-grandson, Anton, was at the station in the winter of 2015 as an electrician in the 20th Ukrainian expedition.

A bay on the coast of Oates (Victoria Land in East Antarctica) and a street in his native village of Batky in the Poltava region are named in honor of the Ukrainian explorer of Antarctica.

Ukrainian space explorers do not have a 200-year-old history, but it is also a respectable one. Starting with the fact that the inventor and revolutionary Mykola Kybalchyk developed the principles of rocket science at the beginning of the XX century. Now, by the way, a crater on the back side of the Moon is named after him.

The world’s most famous Zhytomyr citizen, the founder of practical cosmonautics, Sergii Korolev, designed a rocket that sent the first man to the stars. A crater was also named after him, but on Mars.

Rocket engines were developed by a resident of Odesa Valentyn Glyshko. He also led the work on the creation of the Mir Space Station.

The inventor from the Poltava region Yurii Kondratyuk (real name — Oleksander Sharhei — he had to change for political reasons) laid the foundations of the theory of space flights and developed the optimal trajectory of flights to the Moon, called the “Kondratyuk’s route”. It was used by the Americans in the Apollo missions.

Pavlo Popovych from the Kyiv region was the first in the world to perform a group flight into space: he and another Soviet cosmonaut, Andriian Nikolaiev, piloted the “Vostok-3” and “Vostok-4” spacecrafts.

Today, just over 10 countries produce satellites and launch them into Earth orbit with their own launch vehicles. Only 30 countries of the world have their own station for Antarctic research. Ukraine is among both.

In addition, our country plans to create a map of Antarctica based on satellite images in spatiotemporal dynamics, so that the understanding of the ice continent and the planet Earth as a whole becomes much deeper and more complete. The project includes monitoring of the Antarctic ice cover, the “blooming” of the sea, the spread of vegetation on the continent, and so on.

What is the difference between working in the Antarctic Center and on orbit?

We can joke about the cold. But in reality astronauts don’t face absolute zero in orbit and the comparison will not be correct with the weather on the continent, which is already suffering from global warming (recently a temperature record of +20 degrees Celsius was recorded on Seymour Island). But there are similarities in other aspects, in particular, the selection of the team.

The crew members of the Antarctic expedition, as well as the space expedition, do not have a male and female obligations. But each participant should have a backup crew in case of illness or emergency. It doesn’t mean that all representatives of the necessary specialties are taken by two, but rather that a candidate for cosmonauts and polar explorers should have more than one specialty and master additional skills — engineering, medical and so on.

Both astronauts and polar explorers work in an isolated space, so the ability to cope with stress is extremely important for them, as well as good health and physical endurance.

NASA astronauts are selected for years, and a very important aspect in this case is work experience. An American of Ukrainian origin, astronaut Heidemarie Stefanyshyn-Piper describes the selection in her interviews: “For example, I worked in the Navy, repairing submarines. Working conditions under water are similar to space. First of all, you need to have a lot of protective equipment on yourself. It prevents you from looking around, and you also have no foundation under your feet. Therefore, while you are working, you need to constantly think about your movements — how you can improve your position to do work. The underwater experience and skills I developed helped me to go out into space. The most difficult thing is preparing for the spacewalk, which can last 6,5 hours. Training in the pool lasts 6 hours, and you are always underwater in a huge suit and constantly working, physically it is very difficult. Besides, education is important for NASA. It is preferable that it be engineering, engineers will always be needed”.

For the wintering or year-long stay, 12 people traditionally come to the “Vernadsky Research Base”. The stay in space can last from less than two hours for Yurii Haharin up to 437 days for Valerii Poliakov. Now there are usually 2-4 crew members on a spacecraft, and the largest mission to the ISS consisted of thirteen.

Antarctica can be visited by tourists: They arrive on yachts or special vessels. Every year there are tens of thousands of people. Mass space tourism is still only in the plans of several companies (today there were little more than ten visitors performed orbital flights).

Ukrainian polar explorers overcome the path of 17 thousand km. The road from Kyiv to the “Vernadsky Research Base” takes about ten days. First, a flight to South America with transfers in Europe (it lasts about two days). Then you need to get to the south of the mainland, and from there you can sail by ship for almost five days (weather permitting).

Astronauts get to the International Space Station, which is located at an altitude of 400 km from Earth, about a day. Heidemarie Stefanyshyn-Piper says: “Access to orbit lasts 8,5 minutes. The incredible power of the engines pushes you into space. 3g overload makes you feel very heavy. This lasts for 30 seconds, then the main engine turns off and it becomes very quiet”.

Last year, Ukraine lifted a long-term restriction on the participation of women in annual Antarctic expeditions. There were two of them at the “Vernadsky Research Base” in the 24th expedition: biologist Oksana Savenko and doctor Nataliia Babii. The 25th expedition also included two women: biologist Yevheniia Prekrasna and Anna Soina, a researcher of hydrometeorology and oceanography.

Until 1978, American women were not allowed to fly into space. Now NASA declares absolutely the same selection criteria for men and women, and trains them in the same conditions.

But it wasn’t until October 2019 that American astronauts Kristina Koch and Jessica Meir went into outer space to replace faulty equipment on the ISS. They became the first all-female EVA team in history. As NASA explained, this was not a deliberately planned female spacewalk, it just had to happen sometime, after all, the number of female astronauts is constantly increasing in the United States.

Heidemarie Stefanyshyn-Piper says that there used to be fewer women in space, because there are only few who have technical specialties, and this is exactly the kind of education you need to work with NASA. “We need more girls to study engineering, astrophysics”, she says. “And the next Ukrainian cosmonaut after Leonid Kadeniuk could also be a woman. Why not?”.

But, as the author of the book “Women in Space” Liudmyla Shcherbaniuk remarks, several factors should coincide so that this happens. And they are different, depending on whether it is a professional or a tourist flight.

Today, three countries have confirmed the possibility of launching manned spacecraft into orbit: USSR/Russia, the United States and China. “Can Ukraine, in the current situation, use the services of our northern neighbor? Obviously not”, Liudmyla explains. Fortunately, since May 2020 SpaceX company has provided launches of Crew Dragon spacecraft with astronauts from American soil. This could significantly raise the chances of Ukrainians to get into orbit in the nearest years.

It should be noted here that there has not been a single case in history when a representative of another country was a participant in a flight on a Chinese spacecraft. Hypothetically, this can be imagined, but it should be remembered that China is not a member of the ISS and has operated its own orbital laboratories, accordingly, it stands outside from international cooperation in the field of space research.

The United States announced plans to return to the Moon in 2024, and among those who would set foot on the surface of our natural satellite, the first should be a woman. Now there are several variants of spacecraft in development: CST-Starliner by Boeing, Dragon by SpaceX and Orion by Lockheed Martin. The mission of the first two is to deliver astronauts to geocentric orbit and space stations, and the latter should fly to the Moon and Mars. “Can Ukrainians get into these programs? As individuals — no. You need to be US citizens. However, theoretically, consideration could be given about an interstate cooperation program, like the one under which the Ukrainian Leonid Kadeniuk flew by the American space shuttle”, says Liudmyla Shcherbaniuk.

Note however, that any visits to the ISS will require cooperation with Russia, since this space outpost is operated by NASA jointly with Roscosmos. The Russian Federation plans in the near future to deliver tourists on their “Soyuz” spacecrafts. And if anyone among Ukrainians neglects the war and pays about USD 50 million, then theoretically he/she can be in space. So, on February 22, 2019, Beth Moses, an astronaut instructor at Richard Branson’s Virgin Galactic company, crossed the border of space (the company has already received 8 thousand applications from potential space tourists). In July 2021 American businessman Jeff Bezos, the founder of the company Blue Origin, also organized the first tourist suborbital flight on the board of “First Step” spacecraft. Till March 2022, it has made 3 more crewed flights. Probably the next Ukrainian space traveler will take part in one of these launches.

Polar and space research are industries where science and geopolitics are closely intertwined. “In fact, this is the upkeep of the outpost for future generations”, says the head of the NANC Yevhen Dykyi.“This is an application for participation in the most prestigious world club and access to the future allocation of resources”.

And finally: Both the Antarctic station and near-Earth orbit, it is clearly visible how beautiful our planet really is, and we all need to take care of it. 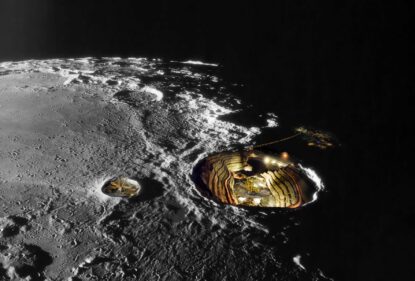 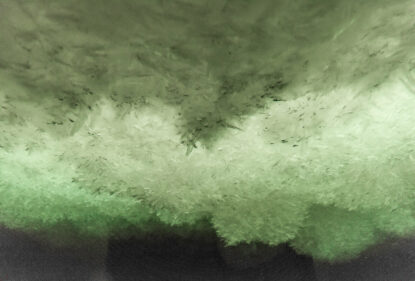 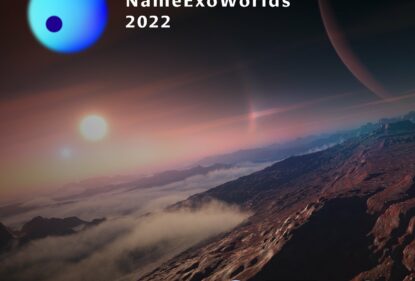