The Apollo lunar program is one of the most researched subjects in history. Thousands of pages of scientific research describe the political decisions about the Moon flight, the technical details of the mission and the character of the astronauts. Among all the variety of books, we have chosen those to help you comprehend the greatness of the Apollo program.

John F. Kennedy and the Race to the Moon

The study of the history of Apollo logically begins with the starting point of the program — the decision of US President John Kennedy to “land Americans on the moon and their successful return.”

Space policy historian John Logsdon’s book John F. Kennedy and the Race to the Moon is an attempt to retrace the evolution of JFK’s thinking on space exploration and to answer the question: how and why the decision of the manned mission the Moon came about. This book is about the intergovernmental struggle, the political contributions of Assistant to the President Ted Sorensen, Science Advisor Jerome Wisner, Vice President Lyndon Johnson, and NASA Administrator James Webb. In particular, proofs are presented that Kennedy proposed to Khrushchev to jointly land astronauts from both countries on the Moon.

It is believed that the President of the United States decided to commence the “Moon race” primarily in order to divert attention from the failed invasion of Cuba, known as Bay of Pigs Operation. The author claims that Kennedy was never interested in space exploration, neither as a senator nor as president. But after the Soviet Union sent Yuri Gagarin into orbit, he felt it was vital for America to retaliate and demonstrate US technological prowess in extraterrestrial conditions. The Moon was perfect for this.

“The landing of a man on its surface did not require major technological innovations and could be based on the scientific knowledge of the early 1960s. Only significant financial resources were needed,” the author claims.

During a meeting with James Webb and other officials in 1962, President Kennedy stated that NASA’s top priority was to overtake the Soviet Union in the race to the Moon. “Otherwise, we shouldn’t be spending that kind of money, because I’m not interested in space.”

The Apollo program would not have been possible without Wernher von Braun, a gifted German engineer who looked like a Hollywood star.

He was undoubtedly one of the most influential and controversial figures in the history of space exploration and rocketry. Von Braun led the team of engineers who built the world’s most powerful Saturn rocket, which carried American astronauts to the Moon and enabled the United States to win the Moon race. But he was also the chief designer of the German V-2 ballistic missiles used by Nazis to bomb England and Belgium. To build these rockets, the Germans involved prisoners in concentration camps, who were kept in inhumane conditions, which von Braun knew about.

After overthrowing the Nazi regime, the USA and the USSR took away Germany’s most valuable resources, including human resources. Werner von Braun was moved to the United States together with 1,500 engineers. If not for the Cold War, he would most likely be tried for crimes against humanity. But as fate would have it, this brilliant war criminal became an American hero, revered by presidents, and a movie is even made in his honor.

Michael Neufeld’s book is the most comprehensive and authoritative biography of von Braun. The author avoids judgments both regarding the excessive glorification of the “father” of the Apollo program and the harassment of the Nazi engineer. The reader must draw his own conclusions.

Apollo 8: The Thrilling Story of the First Mission to the Moon

This is the only book in our review that was translated into Ukrainian. The astronauts of Apollo 8 — Frank Borman, Jim Lovell and Bill Anders — were the first earthlings to come close to our natural satellite. They flew around the Moon, worked out the flight scheme and thereby paved the way for subsequent missions.

This book is not only about the flight and the busy weeks before it. This is primarily a story about astronauts, their choices and the era that shaped their character.

An interesting fact: at the time when the crew flew around the Moon, the daughter of newly elected President Nixon and the grandson of President Eisenhower were getting married on Earth. And at this wedding, the first toast was for Apollo 8!

The First Man on the Moon: The Story of Apollo 11

Could there be a better candidate for the role of the first person to take such a small but important step for mankind on the surface of the Moon? Modest, taciturn, experienced pilot, participant in the Korean War — Neil Armstrong was definitely the best. Before the career of an astronaut he tested jet planes and NASA’s promising flying machines. He became the first civilian pilot to join the astronaut squad.

First Man is a surprisingly detailed portrait of the world’s most famous astronaut. The book is based on more than 50 hours of interviews with Armstrong himself, as well as discussions with his family, friends and study of archival documents. He felt burdened by fame and excessive media attention, so Neil did not often entertain his fans with public appearances.

After the “walk” on the Moon, Armstrong left NASA, but stayed in the field he really loved — aerospace engineering. He continued to fly gliders until the end of his life. Interestingly, Neil Armstrong got his pilot’s license even before he got his driver’s license.

Based on the book, the film First Man was shot directed by Damien Chazelle.

Carrying the Fire: An Astronaut’s Journey

The author of the book is an astronaut who participated in the legendary Apollo 11 flight. While Neil Armstrong and Edwin Aldrin landed on the surface of the Moon, Columbia module commander Michael Collins was waiting for their return in orbit.

The author did not involve professional journalists or writers in working on the book. As a result he managed to create a sincere, sometimes naive story about his life and flight on Apollo 11. TIME magazine called it “the best book written by an astronaut.”

For several hours, Collins was alone in a spacecraft orbiting the Moon. In the book, he shares his memories of what it feels like to be the loneliest person in the universe, watching through the porthole not the blue of the Earth, but the gray dead landscape.

Michael’s talents are not limited to his writing skills; he is an excellent gardener and has a unique collection of roses.

Apollo 12. On the Ocean of Storms

The chronicle of the second landing of a man on the Moon, which took place in November 1969, is written in great detail, sometimes even oversaturated with smallest minutiae of the mission, due to which the book may seem somewhat meagre. However, it is worth reading. At least in order to learn about archaeological research beyond the Earth.

Astronauts Pete Conrad and Alan Bean, according to the flight plan, landed near the automatic lunar station Surveyor-3, which came to the Moon two years earlier. According to the mission of the expedition, they were to photograph it in detail and take pictures of individual elements for further study on Earth. Since the station was defunct at the time, it was a space artifact, automatically making Conrad and Bean the first space archaeologists.

The book begins with a description of a tragic page in the history of the Apollo 1 lunar program. During one of the pre-flight exercises, a fire broke out in the spacecraft, which led to the death of three astronauts.

James Lovell is a participant in four space flights (two on Gemini and two on Apollo). The last mission ended in failure for him, and it is this flight that is the subject of the book. Due to the explosion of a tank with liquid oxygen and the subsequent loss of electricity in the Odyssey command module, NASA’s mission control center canceled the flight to the Moon, and the astronauts’ new task was to successfully return home. All the challenges faced by the crew hundreds of kilometers from their mother planet Earth are told by their immediate participant.

The film Apollo-13 was shot based on the book. It provides a really qualitative illustration for the written story.

The last man on the Moon

Captain Eugene (Gene) Cernan is one of the three astronauts who had the opportunity to visit the Moon’s vicinity twice. Also, he is the last person to leave his footstep on the lunar surface.

The Apollo 17 commander is one of the most experienced members of the program and the only astronaut of Slavic origin in the lunar program: his mother was a Czech and his father — a Slovak.

In his memoirs, Cernan tells about his deprived childhood, about the searching for the woman whom he had initially saw for only a few minutes and who later became his wife, about the loss of his astronaut friends and, actually, about all three space flights. 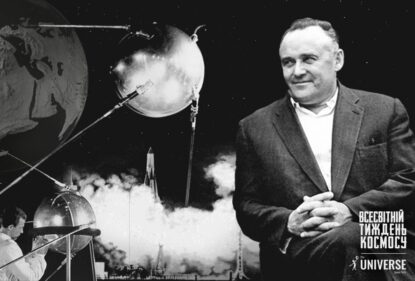