This book is the first detailed history of Apollo 8. The mission was so risky it almost felt like a lottery, but it ended with success and marked the beginning of a new era in space exploration.

It was the hot summer of 1968, and most of the year countless wounds of the world were severely bleeding: several wars, mass murders. The Soviet Union and America were endlessly playing games in the hot spots of the globe, while over a thousand American boys were dying every month in Vietnam.

The moon landing, promised by President Kennedy by 1970, could now come handy as a really encouraging achievement. However, Kennedy had been gone for five years, and eighteen months had passed since the death of the three Apollo astronauts. It seemed that the project to fly to the moon had stalled at best and failed at worst.

Rumors that the Soviet Union might soon land on the moon forced NASA to take a risk. It was decided to abandon another test flight of the Apollo spacecraft in Earth orbit, and instead work out a plan for a flight around the Moon to select a possible landing site for the next crew. The Apollo 8 crew of Frank Borman, James Lovell, and William Anders had sixteen weeks to prepare for the flight.

The book describes in detail the preparation and the flight itself. The author relies primarily on interviews with crew members and their families, as well as mission transcripts and other documents. Therefore, the technical details of the flight are generously enriched with extended dialogues, personal stories of the astronauts, and even jokes sometimes.

The culmination took place on Christmas Eve, December 24. The crew of Apollo 8 reached our natural satellite and made ten revolutions around it. For the first time, people were a hundred kilometers away from the moon and saw its back side with their own eyes.

On Earth, everyone was eagerly waiting for an answer to one question: what does that side of the Moon look like? When the astronauts made contact, Lovell enthusiastically reported, “The moon is essentially gray. No color. Looks like plaster “.

The crew was returning home from a lunar mission during the Christmas vacations, and NASA had to agree on flight dates with the US Navy. It was the Navy that was responsible for transporting the astronauts after their splashdown. The head of NASA’s manned program went personally to meet with Admiral McCain to convince the latter to summon several hundred military personnel back from vacation.

The admiral immediately agreed, because he believed that the achievements of the Americans in space could raise morale of the nation, especially, of the military fighting in the Vietnam War. The commander’s son — future senator and great friend of Ukraine John McCain — was a prisoner in Vietnam at the time.

Let me add one more interesting fact from the book. At the time when the crew was flying around the moon, the daughter of newly elected US President Nixon and the grandson of President Eisenhower were getting married on Earth. And at their wedding, the first toast was for Apollo 8! By the way, the 37th and 34th US presidents were in-laws.

Borman remembers one telegram from an unknown addressee. The text was very simple: “Thank you, Apollo 8. You saved 1968.” 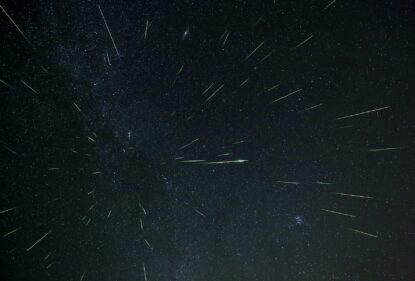 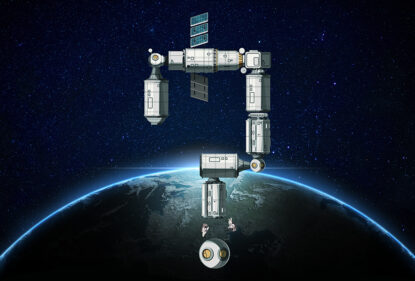