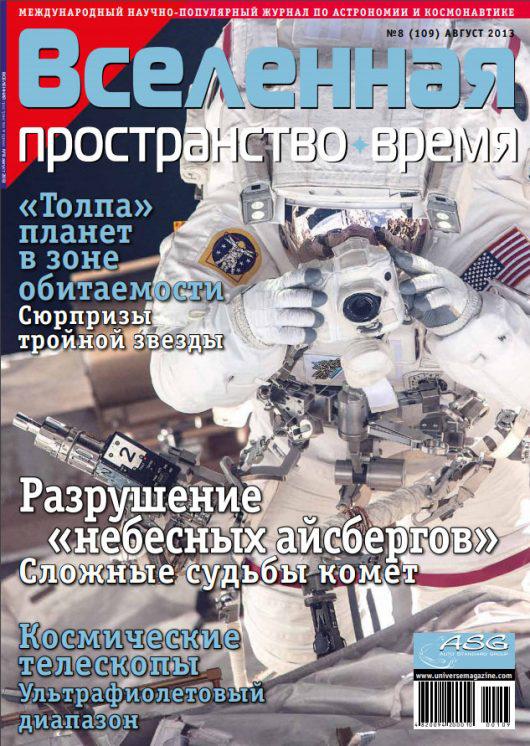 On April 28, 2003, the GALEX Observatory (Galaxy Evolution Explorer), one of the satellites of the Small Explorer Mission series, a program for the exploration of celestial objects by small spacecraft, was launched into near-Earth orbit. It was designed to survey the Universe in the middle and faraway range of the ultraviolet spectrum. Such observations cannot be made from the Earth’s surface, since the radiation of these ranges is completely absorbed by the atmosphere. The results of the satellite’s work allowed scientists to take a fresh look at the processes of star formation, the evolution of stars and galaxies.

“Crowd” of planets in the habitable zone

The smaller the mass, temperature and luminosity of a star, the smaller the size of the “habitable zone” in its vicinity. Such a zone is quite extensive for the Sun; however, there was only one place for one planet inside it – our Earth. However, the star GJ 667C, whose radiation power is 80 times less than the solar one, has as many as three such potentially habitable planets! Even more surprising is the fact that GJ 667C is part of a triple star system…

Destruction of the “heavenly icebergs”

Already in ancient times, astronomers had repeatedly observed the decay of comets into separate fragments, each of which also “acquired” its own tail. This undoubtedly added mystery to the incomprehensible “tailed stars” that suddenly appeared in the sky and moved along unpredictable trajectories. And only relatively recently, with the beginning of the era of space flight, scientists have come closer to unraveling the causes of fragmentation of the nucleus of a comet and understanding the mechanism of this process.