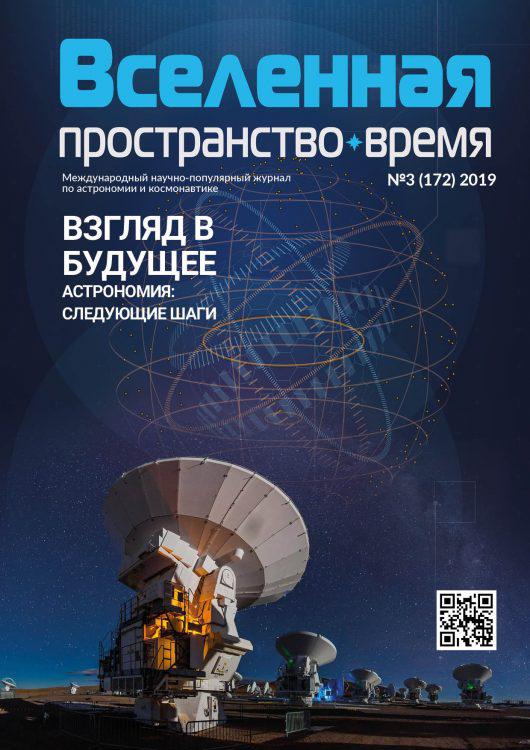 The central theme of the issue is the progress of our civilization in the near future due to the use of the latest technologies in the technique of astronomical observations, space research and transformations of our everyday life.

Imagine the feelings experienced by a very nearsighted person wearing suitable glasses or contact lenses for the first time. He/she will be delighted to see a lot of new amazing details of the surrounding world. Astronomers will experience similar emotions when they receive the results of the new generation of telescopes. In the next 5-6 years, several giant instruments will be launched on Earth and in space. Humanity spends a lot of money on their creation, hoping to get an equally large-scale effect for science and our knowledge of the Universe.

Neutrino are elusive and ubiquitous

Two issues of the magazine are devoted to neutrinos. You will learn how these amazing particles of the microcosm were discovered, billions of which permeate our body every second, and what we know about them at the moment. The second article is devoted to methods of neutrino registration. Their development eventually led to the emergence of a completely new branch of astronomy — neutrino astronomy, which uses elusive particles to study the properties of celestial bodies.

Secrets of the eighth planet. Prospects for the study of Neptune and Triton

Neptune is a very unusual planet: at one time it was observed by the founder of telescopic astronomy, Galileo Galilei (but took it for a distant star). Later, it was finally “officially” discovered by gravitational perturbations in the motion of Uranus. At the beginning of the XX century, scientists began to understand its role in the formation of a belt of ice bodies far from the Sun. 30 years ago, the vicinity of Neptune was visited by the first and, so far, the only automatic Voyager 2 scout. It took detailed pictures of the most distant planet and its largest moon Triton, which also turned out to be a very curious object.

Now a new mission to the eighth planet is being developed, which can start in 2026.

When, in January 2004, the President of the United States, George W. Bush announced the “Vision for Space Exploration” doctrine, which implied, in particular, the creation of new manned vehicles suitable for expeditions to other planets, and the resumption of astronauts’ flights to the Moon until 2020, this goal seemed quite achievable. However, in 2011, the new President Barack Obama formulated new goals for American cosmonautics, and the Constellation lunar program was curtailed. But a lot has been done within its framework — in particular, the launch of the Lunar Reconnaissance Orbiter interplanetary spacecraft, which has become the longest-lived and scientifically productive artificial satellite of the Moon. June 18 marked the 10th anniversary of its launch.

63 women have already participated in space flights. This is about a ninth of the total number of people who have been outside the atmosphere. Undoubtedly, this number will increase in the future. Women will not stop at the development of near-Earth orbits, and will move on — to the Moon and other planets. Their participation in lunar expeditions is provided for by the new American Artemis program. How difficult can this path be?

Culinary surprises of the near future

New technologies for Earth and space

Based on the current trends in technology development and their “penetration into the masses”, we can try to imagine a picture of the world in 2030, which, apparently, will be very different from what surrounds us today. Scientists will be able to edit the human genome, record information directly into the brain, and the dreams of science fiction writers about tourist flights to near-Earth orbit and to the Moon will finally come true. And it seems that we will eat in a completely different way. But will this make our life easier and safer?

STARLINK: The “killer” of the sky or a new opportunity for astronomers?

In May of this year, the Falcon 9 rocket launched the first lot of 60 devices of the Starlink global Internet system into orbit. The main goal of the program is to provide as many users as possible with fast uninterrupted access to the network. Many scientists have published rather pessimistic forecasts, according to which in the future Starlink and similar satellite constellations will actually “destroy” the night sky, seriously complicating, or even making astronomical observations from the Earth’s surface completely impossible. How serious is this threat?