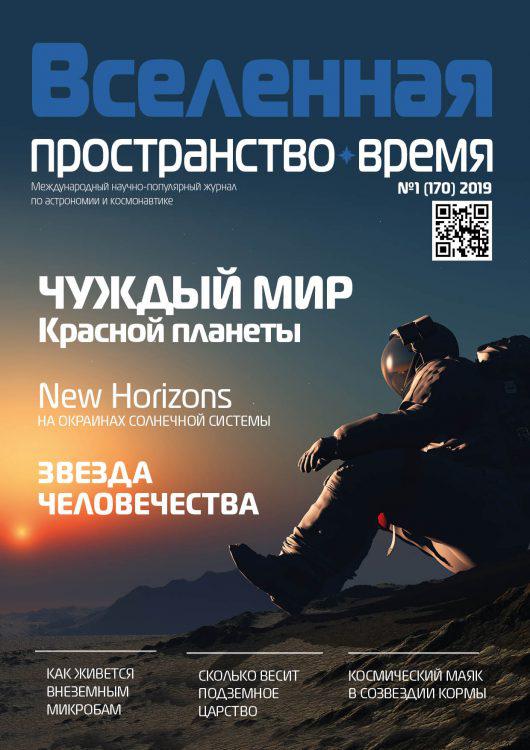 The past year has become, in a certain sense, a landmark for world cosmonautics: For the first time since 1990, the number of launches of space launch vehicles worldwide exceeded one hundred. However, an even more noticeable recovery was observed on interplanetary routes. As many as nine automatic spacecraft (counting microsatellites) went to other bodies of the Solar System — to the Moon, Mars, Mercury and the Sun. Other probes launched in previous years have successfully achieved their goals. These events are discussed in the material prepared by the editorial board using the article by Alexander Zheleznyakov “Space activities of the countries of the world in 2018”

Currently, six automatic spacecraft are operating in orbits around Mars, and the Curiosity rover is exploring its surface (until last summer, it was “kept company” by the Opportunity rover, whose mission was recently officially completed). No other planet in the Solar System enjoys such attention from the inhabitants of the Earth. Already next year, at least four more spacecraft will go there. Among them will be the American Mars 2020 mobile laboratory, the European Rosalind Franklin (formerly ExoMars), as well as possibly Chinese and Arab interplanetary probes.

The year 2019 began with a significant event in the history of cosmonautics — the close approach of the New Horizons probe with the Kuiper Belt object 2014 MU69 Ultima Thule, which became the most distant celestial body that could be photographed from a close distance. One of the participants of the mission’s working group, Simon Porter, told about the details of this approach and the problems that arose during its preparation in his lecture at the annual London Euro astrofest  in February.

The alien world of the Red Planet

Why is so much attention being paid to Mars exploration now? The main reason is that this planet, like the Earth, has a solid surface, and the conditions on it allow a person to stay there for a long time. Plans to create a permanent Martian colony are already being discussed not only by representatives of major space agencies, but also by heads of private companies. How realistic are these plans? What difficulties may arise on the way to their implementation? Do we have the moral right to populate another planet if it becomes known that it already has its own life (even microbial)?

“The Star of humanity”

Scientists have not yet come to a consensus on what turned out to be the main “evolutionary impetus”, as a result of which intelligent beings appeared on Earth. In addition to versions linking this event with “purely terrestrial” phenomena (exposure of deposits of radioactive elements, weakening of the magnetic field, climate shift), there are also hypotheses explaining the “wiser” of our ancestors by the consequences of galactic cataclysms. For example, one of the main factors in this process could be a close Supernova outbreak that occurred more than two million years ago…

The difficult fate of the “universal centenarians”

Studying faraway stars and galaxies, astronomers are trying to reconstruct the history of our world: due to the finiteness of the speed of light, we see space objects as they were in the past, and the most distant of them allow us to observe the conditions prevailing in the early Universe. However, there is also a category of celestial bodies which studies can tell us a lot about our future. We are talking about red dwarfs — low-mass and relatively cold stars. Thermonuclear reactions of hydrogen conversion into helium, providing the release of energy, are relatively slow in their bowels, so the terms of active existence of such stars are extremely long and can reach hundreds of billions of years…

It would seem that life on planets in the vicinity of red dwarfs should have much more time and opportunities for origin and evolution. The fact that they represent the most numerous class of luminaries makes its search in the systems of such stars particularly promising: according to some estimates, their share in the “stellar population” of the Milky Way reaches 75%. However, upon closer examination, it turns out that there are problems too. Generally, the study of the correlation between the characteristics of the central star and the properties of its satellites is a very important section of modern astronomy. This information in the future will help us build a strategy to search for potentially habitable exoplanets and, perhaps, one day find “brothers in mind”.

Every year, ground-based and space observatories observe dozens of comets, most of which, as a rule, are very faint. However, as they approach the Sun, some of them become bright enough for observations with amateur instruments. Such comets will be discussed in the traditional annual review by our regular author, Artem Novichonka. It should be noted that the predictions of the brightness of individual objects given in the article are very approximate, because astronomers cannot reliably predict the behavior of these celestial bodies.