Today we observe 61 years since man first visited space. Usually on this day they like to remember history —not widely known details and dramatic vicissitudes of Gagarin’s flight and other glorious events of the beginning of the space age, which have long been included in the annals of astronautics. But no matter how beautiful and carefree the past may seem, it does not make sense apart from future. And today we would like to talk about it — about the expected events and major space trends of the next decade.

The return of people to the moon

In the field of manned spaceflight, the next decade will undoubtedly be marked by the return of humans to the moon. Of course, it’s no secret that the American Artemis program is out of the initial schedule, and there are many delays and postponements ahead. But even with them in mind, there is little doubt that we will see again people moving on the moon. It may not be in 2025, but closer to 2030, but that doesn’t change the point. And even if Donald Trump wins the next election in the United States again, it is unlikely that he will kill the moon mission, because it was him who actually initiated its acceleration.

In addition, we should not forget that, apart from NASA, we have another player. Of course, China traditionally does not like to reveal details and name any specific dates, but all available data suggest that the early 2030s will be a time when taikonauts will leave their mark on the lunar surface.

Birth of commercial orbital stationsEven if the ISS manages to survive the aftermath of a full-scale Russian war against Ukraine, it is clear that the next stage of human exploration of Earth’s orbit will be associated with commercial orbital stations. Of course, talks about them have been going on for a long time. But it is only now that private companies have a real means of delivering crews into orbit: the Crew Dragon spacecraft, which will eventually be joined by CST-100 Starliner.

This rapidly changes the rules of the game. Axiom company was the first to take advantage of this opportunity. Their idea is to build their own private segment on the ISS with its subsequent separation and transformation into an independent station.

However, given the current situation, it is possible that Axiom will not have time to implement its project due to the termination of the ISS. Therefore, NASA has developed an alternative plan to ensure the presence of American astronauts in Earth orbit. As part of the NextSTEP program launched last year, the aerospace administration has already issued several contracts for the initial development of commercial orbital stations.

Of course, the transition from the development stage to the physical construction and launch of private stations will take more than one year. But with the proper support of both NASA and interested customers, the prospect of having the first commercial orbital station by 2030 now seems more than realistic — especially if the ISS does end prematurely.

In recent years, many astronomers have published letters and appeals calling for a halt to SpaceX’s plans to create a Starlink group and “save” the starry sky. Of course, this is a very good goal and in some ways even a romantic one, but for now it resembles an attempt to stop the electrification of cities to avoid light pollution.

Yes, only a few years ago it was possible to think that no one needed satellite Internet and to talk about the harm of megaconstellations to astronomical observations. But the last few months have changed everything. The experience of the island of Tonga which was cut from civilization by a volcanic eruption, and, most importantly, Russia’s large-scale war against Ukraine has demonstrated the importance of satellite Internet, which cannot be disconnected by cutting a cable.

So, like it or not, there will probably be no going back. Undoubtedly, the next decade will be an era of megaconstellations, when thousands and possibly tens of thousands of new Starlink, OneWeb, Kuiper, and their Chinese counterparts will be launched into orbit.

It is unlikely that everything will go smoothly along the way. Most likely, there will be various incidents, accidents and collisions in orbit. But demand always generates supply. So astronomers will have to adapt to the new reality and find ways to minimize the damage of satellite groups for ground-based observations.

Search for life in the solar system

Over the next decade, we will see the implementation of a number of interesting interplanetary missions. Here is BepiColombo’s visit to Mercury, and the study of the metal asteroid Psyche and the record-breaking approaching of the Parker probe to the Sun. And do not forget about the planned for September this year ramming of Dimorphos asteroid. The event will be filmed by a Gecko camera built by Dragonfly Aerospace, owned by Ukrainian businessman Max Polyakov.

But still the priority will be to find traces of life in the solar system. Let’s start with Mars. NASA and ESA are currently developing a Mars Sample Return (MSR) mission to bring to Earth samples of soil collected by the Perseverance rover in the area of ​​the ancient river delta. If life on the Red Planet once existed, it has left its mark on the region’s geological deposits. The MSR is currently scheduled to launch in 2028.

Given the extremely complex architecture of the project, of course, there is a chance that something will go wrong. But fortunately, we have a “hedge” in the form of a Chinese mission that has a similar purpose. It is also expected to be launched in 2028.

But the Red Planet is not the only corner of the solar system where astronomers hope to find extraterrestrial life. Many planetary scientists now prefer icy satellites of giant planets that hide vast oceans beneath their surface. Europe is one of the most promising celestial bodies.

In 2023 and 2025, two missions (JUICE and Europa Clipper) will be launched to Jupiter almost simultaneously. The main task of both devices will be to studying the ice satellites of the gas giant —  especially Europe. The data collected by them should help scientists determine the characteristics of its subsurface ocean and answer questions about its potential viability.

Another very promising world is Titan. NASA plans to send a Dragonfly mission there. In its course, a helicopter aircraft will be landed on the surface of Saturn’s moon, the main task of which is to find complex organic molecules and assess the overall suitability of this celestial body for life. The drone will be able to collect samples from the Titan’s surface and perform their chemical analysis. Dragonfly schedules to launch it in 2027.

Reusability and miniaturization are the two key words that will determine the direction of the evolution of space technology in the coming years. The example of SpaceX clearly showed the advantages of the technology of return and reuse of the first stage of a launch vehicle. Rocket Lab, Blue Origin, China — these are just some of the major aerospace players that are already developing such rockets.

We should not forget about another trend. The creation of a standardized Cubesat platform and advances in electronics miniaturization have enabled engineers to create very small devices that are often not  less than their “senior” counterparts in terms of functionality. There are already several such satellites in orbit, engaged in surveying the earth’s surface, monitoring the weather and other tasks. In the coming years, their number is likely to increase.

Cubesats will also inevitably become more actively engaged in interplanetary research. Already this year, several such devices will be sent to the moon. They will be followed by missions to asteroids and other planets.

The era of giant telescopes

The successful launch of the James Webb Space Observatory late last year marked the beginning of a new page in the history of astronomy, which can be called the era of giant telescopes. The next flagship will be the Extremely Large Telescope (ELT), which is already under construction on top of the Chilean mountain Cerro Armazones.

Once completed, ELT will become the largest optical observatory on Earth. It is expected that it will be able to directly obtain images of exoplanets, study their atmospheres, observe the birth of new planetary systems, and help measure the magnitude of the acceleration of the expansion of the universe. Currently, the commissioning of the observatory is scheduled for 2027.

ELT will be accompanied by the Giant Magellan Telescope, which will also be built in Chile. It is expected to have a resolution 10 times higher than Hubble’s. The telescope is expected to be used to search for exoplanets, as well as to study dark matter and dark energy. The observatory is scheduled to start operating in 2029.

In the field of radio astronomy, one of the most interesting projects is ngVLA (Next Generation Very Large Array). It is planned to create an array of 244 18-meter antennas, which will be located in different parts of North America. They will study neutron stars, black holes and regions of active star formation. Construction of ngVLA is scheduled to begin in the second half of the 2020s.

As for orbital astronomy, the two most important projects in the coming years are the Xinjiang Chinese Telescope Module and the Roman Observatory. Xinjiang will receive a two-meter mirror, which should allow it to take pictures with a resolution comparable to the resolution of the Hubble Space Telescope. And thanks to the 2.5-gigapixel camera, it will have 300 times more field of view. China expects to launch the telescope in 2024.

The Roman telescope is also often compared to the Hubble, because it will get a similar 2.4-meter mirror. But these projects cannot be called twins. First, Roman will have about 100 times wider field of vision than Hubble. Secondly, it is intended for observations in the infrared range only. Third, Roman will be equipped with a chronograph — a device that can “cut off” the light of the star, which will allow you to directly study the objects that revolve around it.

Thanks to the Roman coronograph, he will be able to obtain the clearest images of protoplanetary and stellar disks in history, as well as find several thousand new exoplanets and obtain direct images of the largest of them. The telescope is planned to be used to study large-scale structures of the universe and study the effects of dark matter on galaxies. The launch of the device is scheduled for 2027.

A revolution in the study of exoplanets

The commissioning of all the above telescopes will significantly increase the capabilities of astronomers. The main beneficiaries will be scientists studying exoplanets.

We already know a lot of interesting things about the worlds revolving around other stars. But huge next-generation telescopes will give astronomers opportunities they could only dream of. This is a direct photograph of exoplanets and protoplanetary disks, detection of exo-moons and detailed chemical analysis of exoplanetary atmospheres.

The latter possibility is the most interesting. The matter is that, despite their technical excellence, the next generation of telescopes will still not be able to physically take pictures where we can discern at least some details of the surface of exoplanets in order to find traces of life there. Fortunately, we have another option. Chemical analysis of the atmosphere makes it possible to look for biomarkers in it — chemical compounds that may indicate that there is some kind of life on this planet or even a technological civilization.

The surface of a potentially viable exoplanet Proxima b as imagined by an artist. Photo: Nature

Of course, it is now impossible to predict what astronomers will be able to find. But it is safe to say that if there is a second Earth somewhere in the Milky Way, the chances of its discovery will increase many times by the end of the current decade. 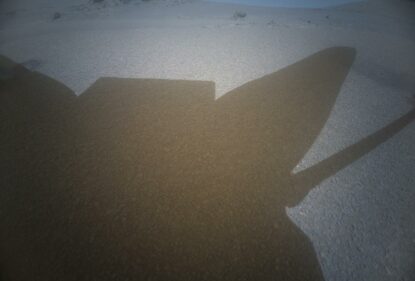 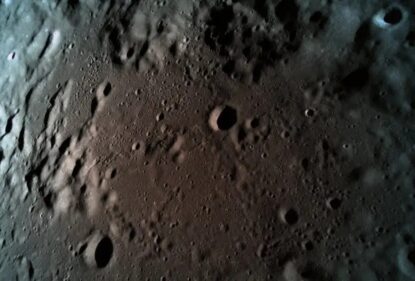 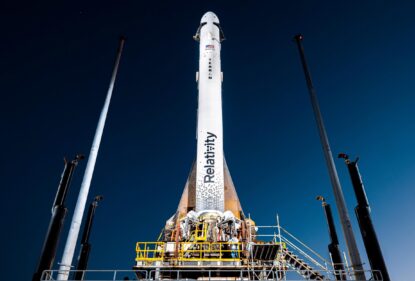