The widespread curtailment of Russian international space programs and its subsequent isolation from global space led to a situation in which the leading space agencies started to look for potential opportunities to cooperate with new players in the space sector. 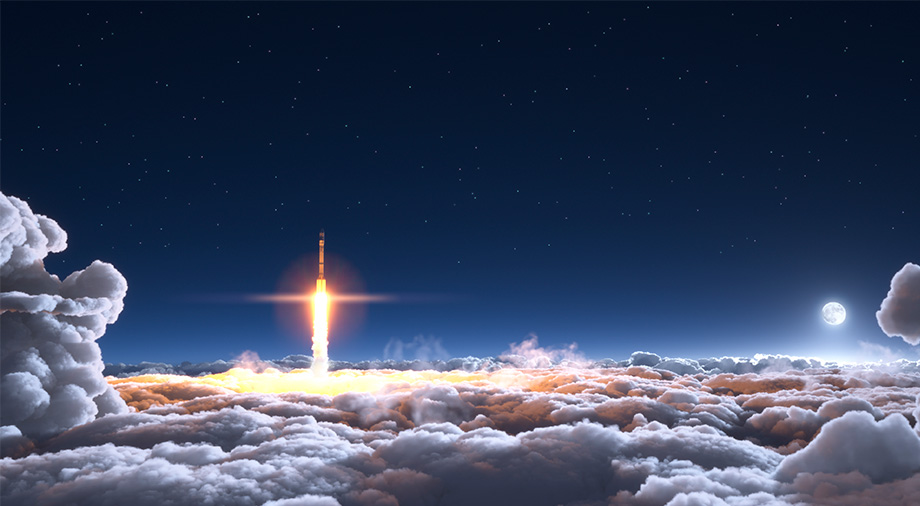 This is a great chance for Ukraine, which is a legal heir to the achievements of the Soviet space industry. In contrast to Russia, Ukraine is a civilized and democratic state, which plays by the rules. The website’s editors Max Polyakov tells about what Ukraine can give to global space.

The history of Ukrainian space programs starts from the 50’s of the last century. However, in this article, we shall focus only on the achievements of the independent Ukrainian astronautics, especially in the global arena.

We should probably start from 1995, from the space initiative of four countries: the US, Ukraine, Norway, and Russia, which resulted in the construction of a sea equatorial platform for space launches known as Sea Launch.

Launches from Sea Launch were performed using a Ukrainian-made Zenit-3SL vehicle. Only the DM-SL third-stage upper stage supplied by the Russian company Energia, as well as the payload unit produced by American Boeing, were foreign pieces.

Impressive work on the Ukrainian side was also done in the project of construction of the space center Alcântara located in the equatorial zone of Brazil. An agreement between Ukraine and Brazil was signed back in 2003, after which a long story started with the construction of the space center, which has been constantly postponed for lack of funding. The launch of the Ukrainian Tsyklon-4 rocket from the equatorial spaceport was originally planned, but the ongoing postponements of the launch and the delays of its construction have so far prevented its accomplishment. Nevertheless, the long-term work of the Ukrainian experts in this field is noteworthy. One way or another, there was a more promising launch site for the Ukrainian Cyclones, albeit in another part of the world.

We are talking about Ukrainian-Canadian cooperation, which should result in the construction of a Canadian commercial spaceport in the province of Nova Scotia. The construction of the new launch site started at the end of 2021, and in 2024, the first rocket launches are planned. They will be made by the Ukrainian rocket carrier rocket Cyclone-4M, the improved version of Cyclone-4. A definite advantage is that now the Ukrainians don’t have to worry about possible funding disruptions: the project is mainly funded by Canada, while Ukraine acts as both a rocket developer and supplier.

Without Ukraine’s involvement, a number of today’s European space programs would be impossible, especially those carried out using the family of European light-class launch vehicles called Vega. The propulsion system of the rocket’s fourth stage is the result of work of the Dnipropetrovsk space industry. In addition, Ukraine developed and delivered components for the first stage of the American launch vehicle Antares, which has recently delivered the Cygnus cargo spacecraft to the ISS.

In 2019, the regional center of the European space program for satellite observation of the Earth Copernicus also showed up in Ukraine. It allowed the country to get unhindered access to observations of the European constellation of Copernicus Sentinel satellites. An easier access to the information from Copernicus monitoring satellites will strengthen Ukraine’s relations with Europe in energy, ecology, digital security, and transport logistics sectors.

Landmark Industry Enterprises and the Significance of Protecting Them

About 40 large state-owned enterprises are involved in the creation of various rocket components and space technologies in Ukraine.

One of the central enterprises of the country in the space sphere is the state enterprise Yuzhnoye Machine-Building Plant and Yuzhnoye Design Office (KB), located in the City of Dnepr. It was Yuzhmash production facilities that helped to produce about 400 artificial Earth satellites.

What makes Yuzhmash unique is the versatility and multi-functionality of the Dnieper industrial complex. The enterprises are capable of implementing the full cycle of all rocket components and space technologies, including:

The most significant design developments in Ukraine in the field of space are the production of domestic launch vehicles: Dnepr, Cyclone-3, Zenit 3SL, as well as Ukrainian satellites: Sich-1, Ocean-O, and AUOS.

Currently, despite the threat of hostilities, Yuzhnoye Design Bureau and Yuzhmash continue to develop their engines and rockets with Northrop Grumman Corporation, the European Space Agency, and several other space startups and companies.

Since its independence, Ukraine has been responsible for more than the state space industry development. Over the last decade, more than 30 promising space start-ups have emerged in the country, responsible for different spheres of space activities, including satellite monitoring, telecommunications, and organization of research missions.

An outstanding figure of the modern Ukrainian space industry is rocket scientist and entrepreneur Max Polyakov. In September 2021, the company Firefly Aerospace, founded by him, performed the first test flight of its Alpha rocket. Another space company of this man, EOS (Earth Observing System), which provides services in the field of satellite monitoring of the Earth surface, as well as data processing and analysis, in particular for logging and agricultural activities, has already received contracts from the Ukrainian government and the European Commission.

Some of Polyakov’s companies operate outside of Ukraine, but there are plenty of promising projects and teams inside the country as well.

The Ukrainian company SETS (Space Electric Thruster Systems, founded in 2016) is responsible for the development of advanced engines. As part of Horizon 2020 for 2018, SETS rocket products were awarded the quality mark.

As we can see, it is not only about Ukraine’s glorious space past, as today’s Ukrainian private space entrepreneurs know how to create working projects that bring real money and contribute to the development of the global space market.

On February 28, Ukraine filed an application for EU membership under an accelerated procedure. It is expected that by the end of June, this application will be approved and the country will receive legal status as an EU candidate.

“Perhaps, this event will give the Ukrainian space industry the necessary boost, as well as provide it with the necessary inflow of orders and investments from Europe,” states Olga Ozhogina, an independent space expert, in her article for Expert Voices: Op-Ed & Insight.

Since 2014, Ukraine has significantly strengthened its ties with ESA (European Space Agency) and is now part of the Artemis space program of ESA and NASA for lunar exploration and development. In particular, ESA was also interested in the membrane-less thermal imager developed by Yuzhny Design Bureau, which can be useful in the future lunar missions of the agency.

Possible prospects of cooperation between Ukraine and ESA could open the way for hundreds of Ukrainian specialists of the space rocket industry, give Ukraine access to exchange of experience with Western colleagues, and contribute to professional staff development through exchange of experience. In addition, ESA can directly contribute to the inflow of additional investments in Ukrainian space startups.

The long-standing dream of Ukraine to resume its position in the space sector, especially within the framework of European space programs, obviously does not look so unrealistic. The country has both public and private resources to achieve the goal. However, for this dream to come true, the world first needs to help Ukraine win the war and survive as an industrial, high-tech and, in the short term, space state.