The OSIRIS-REx automatic spacecraft was the first attempt by the United States to carry out an operation to deliver an asteroid-sample to Earth. Recall that Japan has already implemented two similar missions. The first of them, which lasted from 2003 to 2010, involved the Hayabusa probe, its target was the 600-meter asteroid Itokawa (25143 Itokawa). The mission of the advanced Hayabusa-2 automatic Scout began in 2014, and ended on December 5, 2020, when a capsule with samples of the Ryugu asteroid (162173 Ryugu) landed at the Australian Woomera launch site.

Now OSIRIS-REx is the only asteroid mission in the active phase. It was organized as part of the New Frontiers program and began on September 8, 2016, when the spacecraft of the same name was launched from the Cape Canaveral spaceport using an Atlas V rocket. Next year, on September 22, it returned to Earth to perform a gravitational maneuver in its vicinity, and in early December 2018, it approached its main goal — the asteroid Bennu (101955 Bennu), named after a bird from ancient Egyptian mythology, whose “close relative” is the Greek Phoenix.

Bennu belongs to potentially dangerous asteroids (the chance of its collision with the Earth in the time interval between 2175 and 2195 is estimated at 0.037%). Ground observations have shown that it contains a large number of carbon compounds — it is believed that in the early stages of the evolution of our planet, it was such objects that, falling to the surface, “polluted” it with organic substances, which later became the basis for the archebiosis. Therefore, samples of a celestial body have great value for scientists. To carry out sampling operations, OSIRIS-REx is equipped with a 3.5-meter folding-arm manipulator TAGSAM (Touch-And-Go Sample Acquisition Mechanism), at the end it has a kind of “vacuum cleaner on the contrary” — a device that “sweeps” small fragments from the asteroid surface into a special “trap” with the help of gas jets. Subsequently, it was loaded into a protected capsule designed to return to Earth — it is scheduled for September 24, 2023.

When creating the spacecraft, engineers relied on data about the asteroid Itokawa: it has a relatively flat surface covered with a fairly thick layer of regolith — a loose fine-dispersed substance formed during collisions of small celestial bodies and partially remaining on them, accumulating over billions of years. The reality turned out to be completely different. Asteroid Bennu demonstrated to planetologists a huge number of solid stone fragments, the size of two hundred of which exceeds 10 m. It was incredibly difficult to find a flat “platform” between them suitable for performing the sampling operation.

In addition, the unexpected nature of the Bennu surface also became an obstacle. The surface turned out to be surprisingly diverse: its darkest and lightest areas differ several times in their ability to reflect sunlight (in scientific terms, their albedo is from 4 to 15%), which greatly disoriented the OSIRIS-REx navigation systems. Additionally, the situation was complicated by the fact that solid particles are sometimes released from the asteroid into space, which can also interfere with the spacecraft. Fortunately, these particles mostly have small size and relative velocity, and their maximum concentration is observed near the equator of the celestial body.

The participants of the mission’s working group learned about all this after studying the asteroid from the initial working orbit with a radius of 1.75 km, which the spacecraft entered at the end of 2018. Later orbit was reduced to about 1.2 km (despite the fact that the average size of the Bennu is not much more than 500 m) — now it is the shortest orbit around a celestial body that an automatic scout has ever entered. But, since the mass of Bennu is relatively small, the orbital period of its satellite, even in such a short orbit, exceeds 30 hours. Curiously, the asteroid rotates much faster: a day there lasts only 4 hours and 18 minutes, and this time is slowly shortened due to the acceleration of rotation under the influence of sunlight pressure. This acceleration, known as the “YORP effect”, has already been measured with good accuracy.

The scientists faced the task of studying the asteroid surface as carefully as possible, finding the smoothest areas on it and creating a three-dimensional model of it, guided by which OSIRIS-REx could safely approach the target and perform all the necessary operations for sampling material. The result was the discovery of four locations, each unofficially named after the bird: Nightingale, Kingfisher, Osprey and Sandpiper. The first three are located in the Northern Hemisphere of Bennu, the last one in the Southern Hemisphere. After a comprehensive discussion, the mission staff gave preference to the first and third “candidates”.

We decided to start a detailed study of the selected sites from the Nightingale location. And on January 22, 2020, OSIRIS-REx turned on its onboard engine, quit its almost circular orbit and approached the surface of the asteroid at a distance of 620 m. During the maximum approximation, several hundred images were obtained in the optical and infrared ranges, on which centimeter-sized details can be recognized, and the surface was scanned using the OLA laser altimeter (OSIRIS-REx Laser Altimeter). The operation lasted almost 11 hours, after which the spacecraft returned to the previous 1.2-kilometer orbit.

Exploration of the Osprey site according to a similar scheme took place on February 11. The difference is that it is located closer to the equator of the asteroid, along which a rocky “ridge” lies. The velocity of the surface points relative to the spacecraft in these places is much higher, so it is necessary to limit exposures during shooting.

In March, the next phase of research began, during which both regions were photographed from a distance of almost 250 m. Overflight of the Nightingale site was held on March 3, Osprey — on May 26. After that, the mission staff made the final choice in favor of the first. On August 11, the spacecraft made a trial “approach” to the asteroid and approached the sample collection site at 40 m, and then flew away from the asteroid to a safe distance. The operation of direct sampling was scheduled for August 25, but the engineers of the support group decided to conduct additional checks and postponed it to October 20.

That was the day at 10:13 p.m. Coordinated Universal Time that the successful contact of the sampling tool with the surface happened. The selected material was so much that it “did not fit” into the container, preventing it from closing. In order to avoid the loss of collected samples, NASA refused the planned “rotation” of the device, during which the mass of the sample was to be clarified. On October 27, it was successfully transferred to the landing capsule and hermetically sealed.

On April 7, 2021, OSIRIS-REx performed a “farewell flyby” to Bennu, taking several close-up images of the sampling site. On May 10, it lost orbit around the asteroid and set a course to Earth. 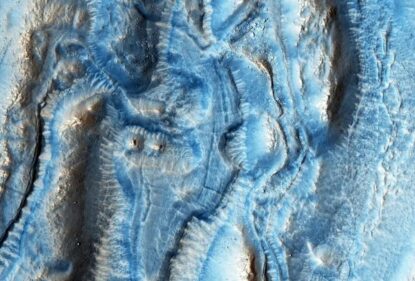 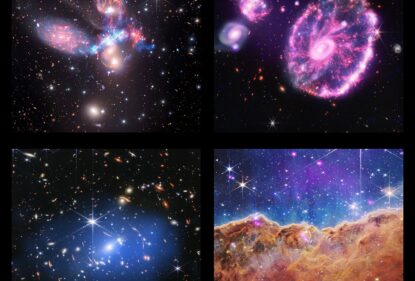 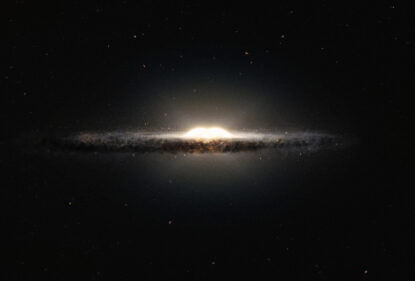